Because of its climate and altitude, the Ardèche has a rich cuisine with lots of potatoes, chestnuts, wild blueberries and charcuterie. Very good wines and cheeses are also produced in the Ardèche.

As its traditional dishes are numerous, we present here some of the best specialities of the Ardèche, culinary specialities based on local products and meats such as veal or lamb, which make up all the flavours of the land and the Ardèche gastronomy.

The most gourmet among you will not tire of tasting them and will accompany them with wines from the Ardèche vineyards, whose vineyards you can of course visit. The culinary tour begins!

The Ardèche creek is one of the main specialities of the Ardèche. It is a thick pancake of chopped potatoes cooked in a pan. It is simply composed of potatoes, salt and pepper. Sometimes onions, garlic, parsley or eggs are added.

Chestnuts are everywhere in the Ardèche, especially in this soup containing peeled whole chestnuts, fresh cream and celery and nutmeg. The ideal dish in winter!

Bombine is a dish based on potatoes, pork ribs, garlic, onion and bay leaf. There are many variations, with porcini mushrooms for example. It was once the “poor man’s dish” and is one of the traditional dishes of the Ardèche.

Mique is a simple potato dumpling cooked in water and mixed with cream and tomme cheese before being baked. There are many different recipes.

Caillette ardéchoise is a small pate made from pork, chard, spinach or salad depending on the recipe, sometimes with eggs or garlic. It can be served cold as a starter with a salad, or pan-fried with steamed potatoes.

The toupi is a potato gratin with pieces of salted pork cooked in the oven with several aromatic herbs and olive oil. The toupi is actually the name of the small earthenware pot in which the dish is cooked. It is a speciality of the Cévennes of Ardèche.

If there is only one cheese to taste during your stay in the Ardèche, it is the picodon, a small round cheese made from raw goat’s milk, a bit spicy, hence its name.

The Ardèche blueberry comes mainly from the Cévennes in the west of the department and from the Monts d’Ardèche regional nature park. In Ardèche, it is everywhere: tarts, mousses, coulis, jams, sorbets and even in savoury dishes. It is sometimes found with foie gras, trout or wild boar in particular. But it is perhaps in its natural state that the Ardèche wild blueberry is the best! It is picked at the beginning of August by hand, with a sort of small comb. At the end of July, the blueberry festival is held in Péreyres or Mézilhac;

The bugne ardéchoise, also called oreillette, are a form of crunchy or soft doughnut that children love at snack time.

The Annonay pink puppet is a traditional shortbread cake which has been present in the region since the 18th century. This pink coloured biscuit takes various shapes and is covered with icing. It is crunchy on the outside and soft on the inside.

Joyeuse is a village situated along the Baume river, about ten kilometres south of Chassiers. It specialises in macaroons. It is indeed a tradition since 1581! Round, made of almonds and hazelnuts, its recipe has not changed. This little biscuit is a real trip back in time!

Many other specialities await you!

During your holidays in the Ardèche you will have the opportunity to taste the many local specialities, notably at the Auberge des Ranchisses, our gastronimic restaurant in Ardèche. 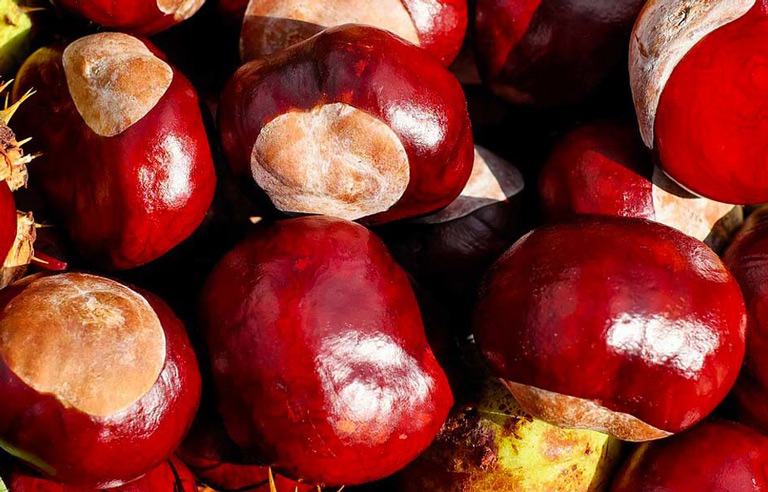 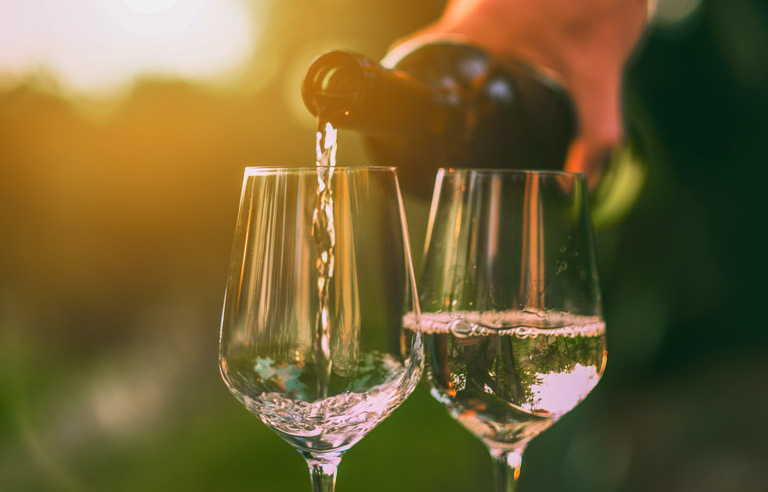 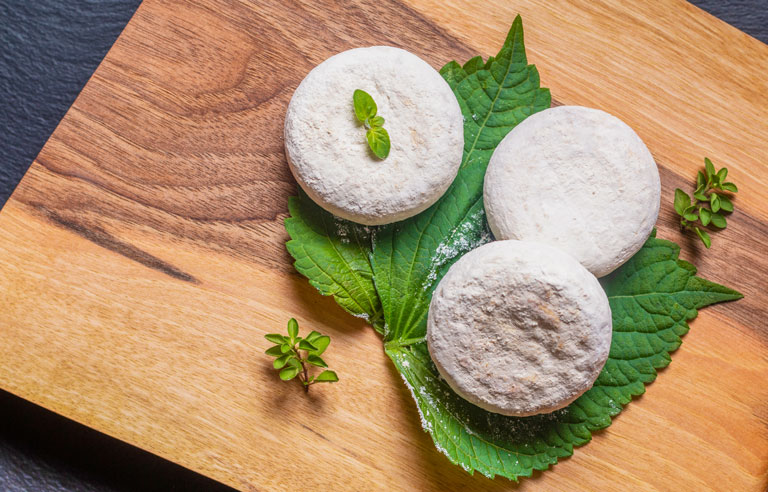